skip to main | skip to sidebar

Motion picture decency standards in the 1960 didn't allow for things like nude women being stabbed to death in showers. Consequently, Hitchcock was forced to create the impression of nudity and violence without actually showing a breast, a buttock, or a knife puncturing skin. The result is a terrifying masterpiece of a montage. And even though it's probably the most analyzed (and parodied) 45 seconds in film history, we're willing to bet the following tidbits slipped past you.

Forget the bloody corpse in the bathtub: what really got "Psycho" censors worked up was the toilet. Just before stepping into that fateful shower, Marion tears up an incriminating note and flushes it. Hitchcock's close-up of the swirling commode water was the first ever allowed in an American film.

What looks like blood funneling down the drain is actually Bosco chocolate syrup. Hitchcock thought it looked more real in black-and-white than the fake stuff. Tastier, too.

The scene is composed of more than 90 shots seen in 70 different camera angles. It took Hitchcock and his crew an entire week to film it. To put that into perspective: The entire film took only six weeks.

The woman who played Janet Leigh's body double in about half of the shower-scene shots was named Myra Jones. In a sad case of life imitating art, Jones was stabbed to death in 1988. Her killer? A mentally disturbed handyman who targeted older women. He'd murdered at least one other before her - that police know about.

After the release of "Psycho," Hitchcock received an irate letter from a man whose daughter had refused to take baths after seeing the French thriller "Les Diaboliques" (in which a man is drowned in a tub). After seeing "Psycho," she refused to take showers as well. Hitchcock's reply? "Send her to the dry cleaners."

Although popular with most audiences, "Psycho" was reviled by ophthalmologists. Eye doctors everywhere pointed out that a corpse's pupil dilate, yet - in a stark close-up of her face after her supposedly deadly shower - Janet Leigh's eyes remain contracted. Ever the obsessed technician, Hitchcock listened, using dilating eyedrops for stiffs in all future films.

Source: Neatorama
Posted by Monster-Maniac at 11:35 AM No comments: 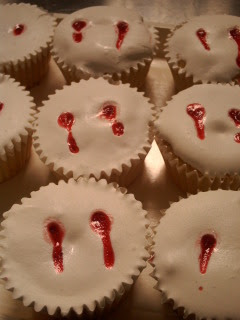 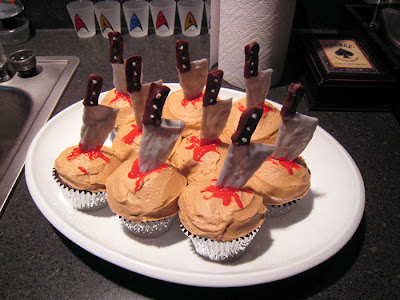 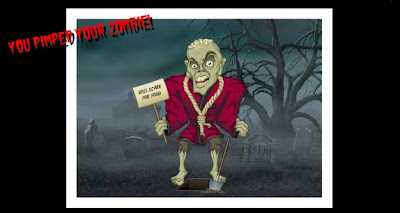 Pimp My Zombie
Posted by Monster-Maniac at 8:42 PM No comments:

"Will you now commit to naming that module Colbert if I win your online vote?" Colbert asked William Gerstenmaier, NASA associate administrator for space operations, during a satellite interview on Tuesday.

"Well, we're going to have to go think about that as we get all the votes and we see where we are," Gerstenmaier responded, noting that the voting continues until March 20.

"That's NASA's problem," Colbert said. "You guys think too much."

Stephen Colbert may have won NASA's poll to rename a module on the International Space Station, but NASA doesn't really want to go through with it. Instead, they might just name a toilet after him.

Despite beating out Serenity by more than 40,000 votes, NASA still has the right to choose the name on its own, and Colbert might just not have the, well, gravitas necessary for the job. But hey, he still gets something! They're talking about possibly naming the new toilet being delivered to the station "Colbert," so at least something up there will get his name, even if it's just where the astronauts go to drop a deuce. [MSNBC]

Boo, hiss!
Posted by Monster-Maniac at 3:33 PM No comments:

I got a mention on The Huffington Post! Well... Sort of. My Vote for Colbert! post was one of the links on the "Links From Digg, Delicious, and Google Blogsearch" list on the Stephen Colbert news page. Close enough! 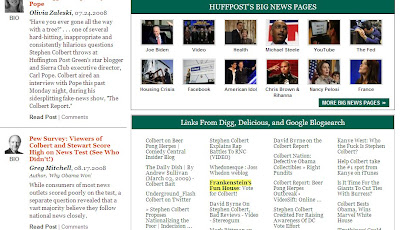 Look, proof!
Posted by Monster-Maniac at 9:33 PM No comments:

Stephen King's 'It' heads to theaters 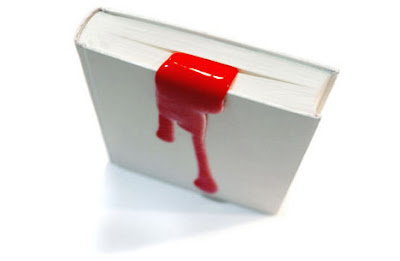 If you keep it in Dracula, there will be no mistaking it for ketchup. Link
Posted by Monster-Maniac at 1:08 PM 1 comment: 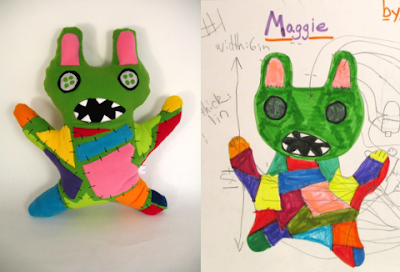 Artist Anne Karsten led a group of 4th and 5th graders through the process of designing monsters. Then she made 24 plush versions of the monsters based on their drawings! The toys were then sold (to their parents) as a fundraiser for the school. Link to story. Link to pictures. -via Boing Boing

Source: Neatorama
Posted by Monster-Maniac at 7:34 PM No comments: 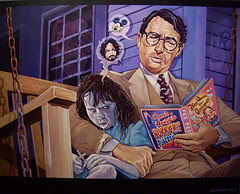 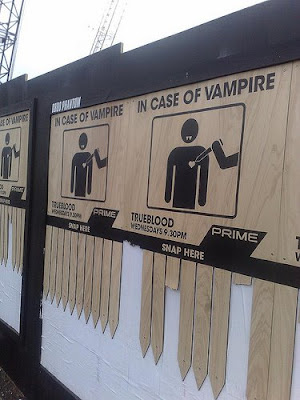 Source: Neatorama
Posted by Monster-Maniac at 1:24 AM 3 comments: 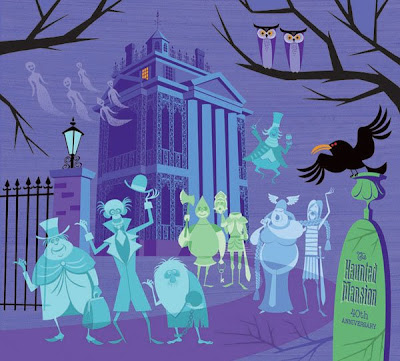 Product & Event Information:
Artist, SHAG will be on hand for a special meet & greet and signing opportunity as we celebrate the release of his "Haunted Mansion" inspired artwork created in commemoration of the 40th Anniversary of the Haunted Mansion attraction at Disneyland® park. Represented in the artwork are some of the attraction's most beloved scenes, including the Stretching Portraits, the Ballroom, the Seance Room, the Attic, Graveyard, among others. This unique collection is a must have for any SHAG and Haunted Mansion enthusiast. To view the Haunted Mansion 40th Anniversary inspired artwork by SHAG, please click here.

Link
Source: Neatorama
Posted by Monster-Maniac at 1:22 AM No comments:

Take This Quiz... Before the Quiz Takes You!

Take This Quiz... Before the Quiz Takes You!

King of the Eighties

King of the Eighties

Yay, I uploaded a terrifying photo. It's like that llama from a while back; nothing to do with horror, yet still scary. From Justin, as usual.

I'm sensing a theme here...
Posted by Monster-Maniac at 1:05 AM No comments:

And Stephen Colbert wants us to name it after him, so go HERE, select "Suggest your own", and type in "Colbert". It's as simple as that, though complicated by the explanation. EDIT: You can vote once every day. 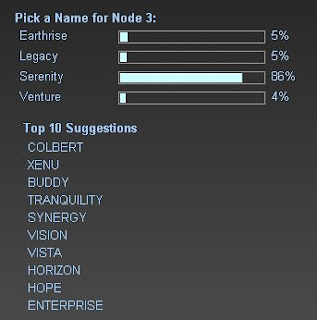